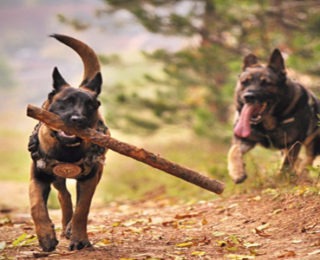 We hug our cats, paw our dogs and stroke our guinea pigs. The Germans love their pets. 38 percent of the population own one. For families with children, the proportion is even higher which is 57 percent. The reason is obvious: Animals are good for our soul, their presence is soothing. In addition, they are faithful companions, especially for lonely people. But who is the most popular four-legged friend? According to a new study, one pet depends on everyone else by a large margin: the cat. She is also very popular in our editorial department. Colleague Sarah has a particularly cute specimen: “Tiger”.

Meow! Unbelievable, but true: 11.8 million cats live in German households, because they are so easy-care and independent. When they are not living in an apartment, the cute rascals often have a cat flap. Then they just go outside and chase their food themselves. And they do well for their own wellbeing when they purr themselves with relish. Conclusion: cats have clearly earned their top spot. And who follows behind?

The dog is the best friend of man – it is said. Around 6.8 million proud owners in Germany agree with this thesis without restriction. Is there anything better than being greeted happily by Bello? Hardly likely. What enchants us most about dogs: Because they are so focused on their owners, they usually show an unconditional loyalty. And they keep owners fit by long walks. Some animal lovers prefer to keep smaller animals.

Just behind the dogs are small animals with 5.9 million cute specimens on the popularity scale. No wonder: Who does not like to see a droll hamster with fully-packed cheeks or such a cute-feying guinea pig? Especially with children, rabbits hopping and being cuddly playmates are very popular. Have you ever seen a babbling parrot? That’s fascinating too!

For pet owners, the excited twittering of their pets sounds like music in their ears. After all, 4 million Germans enjoy these concerts, keep budgerigars, canaries or finches. Especially the most beautiful thing about them is the color of many ornamental birds. Parrots are flock birds and should always be kept in pairs. The next animals on the popularity list are not for cuddly friends!

Not everyone needs a cuddly toy! Have you ever seen fish in the aquarium? For many, this is a very meditative process. About 2.1 million people enjoy an aquarium in their home. Above all, the freshwater variant is very popular because it is easier to care and therefore better for beginners. For garden owners, a more rustic version offers …

Around 1.8 million Germans have a pond in their garden – in which all kinds of animals frolicking. Not only they are swimming here, e.g. Goldfish and Kois – garden ponds are also a popular place for frogs who like to croak at night! There are also some exotic animals among the animal owners, who like to keep “more dangerous” specimens!

Disgust, panic, flight reflexes – the sight of crawling spiders or hissing snakes scares many people. For others, these animals exert an incredible fascination. About 0.8 million people have terrariums. Who likes it …

Male Dog Names that Start With the Letter C