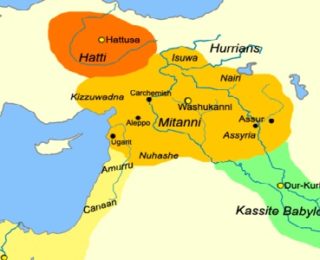 Oldest known name of the Anatolian peninsula is the Hatti Land. For about 1700 years this name used for the Anatolian Peninsula in between 2350 (Akkadian Empire) to 630 B.C. (Assyrian) by the Mesopotamian and Anatolian cultures. 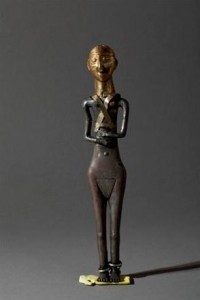 We know very little about the Hatti language. About 1400 to 1300 B.C. when the Hittite priests were praying sometimes they were speaking a different language and the clay tablets refers to this different language as Hattian. This passages are very important to understand that this language was different from the Semitic and Indo-European languages spoken in the region. They were using prefixes. For instance, Binu = a kid (child) Lebinu = kids (children) or Shapu = God Washapu = Gods.

The passage ‘’The Moon God Who Fell From The Sky’’ is the most important one to these passages which was written in Hittite and Hattian. Below you can find the translation of the most ancient language of Hatti Land. The names of Gods are in Hattian.
‘’Kaskhu fell from sky. Now he has fallen onto the Hilamar. But no one saw him. Now the (sky) god has sent rain after him. And then he sent torrents of rain. Fear sized him. Fear sized him. Hapantalli went down to his side and then spoke with him. Are you leaving? What are you doing?’’

This passage is about an eclipse of the moon and Kaskhu is the Moon God. Hilamar is the temple. The principal gods and goddesses of the Hittite pantheon were from the Hattian Religion. Wurusemu, Nerik, Zippalanda, Nezullash, Zentish, Telipinu and Hatepinush are all examples of the Hattian origin Hittite deities.

About 2000 B.C. the Bronze Age Cities of Hattian culture conquered by the Hittites. They were still the majority of the people living in the Land of Hatti under the Hittite rule. These people with large nose depictions in Egyptian temple are quite different in physiognomy compared to the Hittite Kings in the same scene. Some of the most important cities of the Hattian civilization (2500 to 2000/1700 B.C.) were Alacahöyük, Alişar, Hasanoğlan, Ahlatlıbel, Horoztepe, Mahmatlar,and Eti Yokuşu.

Food Eaten by the Chinese is Inhuman

You may also be interested in
They also have!

Male Dog Names that Start With the Letter M

Female Dog Names that Start With the Letter Z