All About African Grey Parrot 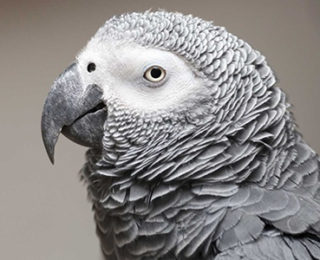 African grey parrots are mostly found in West and Central Africa. However, the people believed to keep them as pets for the first time are Egyptians. We can discover this information from the hieroglypics decoded by the scientists. Romans are also believed to keep the as pets. At that time, African grey parrots are very popular as a prized pet, and it is still until today.

There are two subspecies of African grey parrot. They are Congo African Grey Parrot (Psittacus erithacus erithacus) and Timneh African Grey Parrot (Psittacus erithacus timneh). The differences between the two species are their color and size. The feather color of the first subspecies is light grey, while the tails are cherry red and the beaks are black. The length of the birds is about 13 inches. For the young, their tail feathers color is dark grey, and its weigth is vary from 400 to 650 grams. The color of the second one is darker charcoal grey,while the tail is darker maroon, and the upper mandible is a light, horn-coloured. Its length is ranging from 9 to 11 inches. The weight is also vary from 275 to 400 grams. 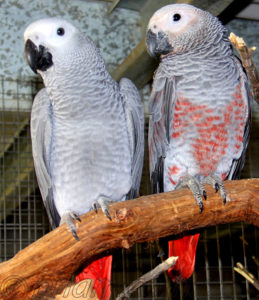 Since African grey parrots are so strong and they can even bite using the strong pointed beak, the owner needs time and effort when he or she wants to approach them. When you do approaching, be cautious! They can growl and scratch you using their claws. However, giving them attention will get them used to you. African greys are shy when they meet strangers. They have tendency to bond to only one owner if they do not regularly interact with other people. The Convention on the International Trade in Endangered Species (CITES) has made illegal the sale of all wild caught African grey Parrot.

Male Dog Names that Start With the Letter Y

What Are The Most Beautiful Horse Breeds İn The World?

Female Cat Names that Start With the Letter S

Male Dog Names that Start With the Letter T

Male Cat Names that Start With the Letter A